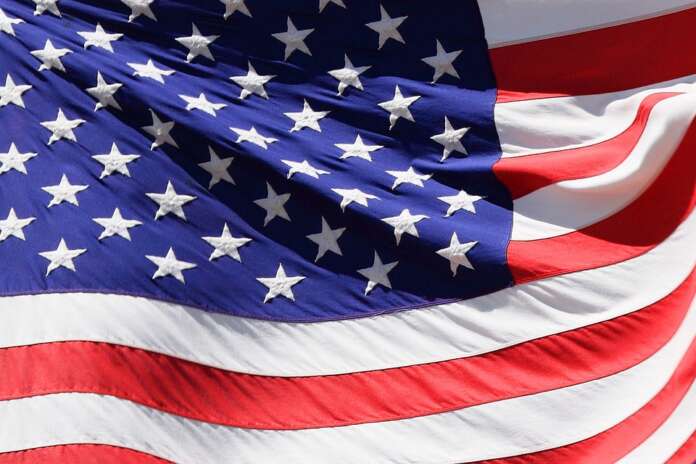 TOMS RIVER – This year marks the 246th anniversary of the Declaration of Independence. Hard to believe – especially for those of us who remember the bicentennial in 1976 – but in four short years we will be celebrating 250 years of independence!

Yes – there will be parades, picnics, and fireworks. Let’s remember, too, how our country and county have celebrated past celebrations of independence, and what it’s really all about.

For us here in current day Ocean County, history does not tell us how local residents reacted to the news of independence. In 1776, we were still part of Monmouth County and the closest newspaper was published in New York – The Gazette. There were just two established towns then – Dover (now Toms River) and Stafford – and Dover’s early records were lost to history in 1782 when the British attacked and burned the town’s village in the waning days of the Revolutionary War.

But history does tell us that our area of colonial New Jersey had long supported independence as the fight at the Toms River blockhouse, the affair at Cedar Bridge Tavern in Barnegat, and the many naval engagements off the Jersey coast amply demonstrate.

How Americans in other places responded to the news of independence gives us a glimpse of how we, here, may have reacted. No one in America celebrated on July 4, 1776 as it was just another day as people went about their everyday business – oblivious to the fact that 55 delegates were meeting in a hall debating and voting on independence. (The actual vote for independence was held two days earlier.) The document was rushed to a printer on the evening of July 4 with one signature on it – John Hancock’s. Now, the world would know those immortal truths.

News reached New York on July 6 and spontaneous celebrations broke out. The war – which had begun at Lexington and Concord in 1775 – had entered an entirely new stage. George Washington’s soldiers were no longer fighting for their liberties as Englishmen. Now, they were fighting for an independent America.

Washington seized the moment. On July 9 he ordered his brigades into the city commons in lower Manhattan to hear the declaration read aloud. Then, a psalm was read followed by three huzzas.

After Washington departed and returned to his headquarters, the two-ton statue of King George III which had presided over the city since 1770 was toppled from its pedestal and the figure was decapacitated. Later, the headless rider and horse were carted off to a foundry where the lead was molded into thousands of bullets to be used by the American army. (Two centuries later, musket balls found at the Monmouth battlefield in Freehold matched the chemical signature of the statue; the severed head was recovered by the British and returned home to illustrate an “ungrateful” people.)

Celebrations were held throughout the newly independent 13 states. In Dover, Delaware, the King’s portrait was tossed into a bonfire. On Long Island, an effigy of the King was packed with gunpowder, mounted on gallows, and blown up. In New Hampshire, merchants refused to accept coins with the King’s likeness. In Savannah, Georgia, a sham burial of the King was held.

One wonders how residents here might have celebrated in 1776.

We do know how local residents celebrated one hundred years later. The New Jersey Courier – Ocean County’s then weekly newspaper – reported that in Toms River “the eve of the third arrived” with the sounds of “popping from some boy who had invested 10 cents in crackers.” The popping went on to midnight until the bell of the village’s Methodist Church rang out and “the whole world and Toms River knew that the centennial was born.” Then, “pianos were opened and the Star-Spangled Banner and Hail Columbia poured forth.”

The “morning dawned brightly and many residents left for Bricksburg (today, Lakewood) or Tuckerton. The children met in a grove between the villages between the Goodluck and Forked River Sunday schools where the children were given flags, sashes, and banners. A procession was held. Little George Washington, and his wife, Martha, were objects of curiosity,” said The Courier.

Back in the county seat, the Toms River Yacht Club – which had been formed just five years earlier – held a “Centennial Regatta.” 40 sailing ships participated.

In New York, veterans of the War of 1812 raised the flag at the Battery. In Philadelphia, Richard Henry Lee, grandson of one of the signers of the declaration, read from the “original document.”

The Courier, in an editorial, asked “Will there be a second Centennial for our nation? We hope so; yea, we believe so.”

1926: The Anniversary That Was Almost Forgotten

In 1926, the 150th anniversary was almost forgotten. When local pastors found out that no Toms River event was planned, they held a service at the Presbyterian Church. There was singing, Bible readings, and patriotic addresses.

In Beachwood, there were fireworks at the beach, dancing at the Yacht Club, and a parade led by the VFW. A flag raising was held at Cedar Grove, near Waretown, on a 75-foot pole erected in memory of the “Ocean County men who gave their lives in the late war.” (World War One)

The page one headline of The Courier after the celebrations read: “July 4 Brought Greatest Travel Ever Seen Here.” The Courier reported that there were more cars on the roads in this part of New Jersey than ever before. “Auto traffic surpassed anything the Shore had ever seen,” according to the newspaper.

1976: The Bicentennial Was Big

The July 4, 1976 edition of the Sunday Observer said “Ocean County Will Join Big Bicentennial Bash.” In Dover Township events were held throughout the day.

At 2 p.m., the bell was rung at the Presbyterian Church by L. Manuel Hirshblond, the Township’s Clerk-Administrator. “Manny,” to his friends, had recently starred in the locally produced film “The Blockhouse Fight” portraying Captain Joshua Huddy who was hung after defending Toms River from the British.

In Lakewood, at the Strand Theatre, an indoor circus was held on July 2 and 3. The Pine Beach Yacht Club held a celebration of swimming, music, and prizes on July 5.

In Philadelphia, President Gerald Ford visited Independence Hall and in New York he watched the tall ships sail in the harbor.

The Meaning Of The Celebrations

The Declaration of Independence and our freedoms as Americans are remembered in big, public events as these many celebrations tell us. But the idea behind it all was written in a small, quiet parlor in a two-room quarters in a colonial city occupied by a temporary visitor – Thomas Jefferson. He had no library; he had no books. Jefferson needed none. As he later explained, he only wanted to say what everyone already knew. The sole purpose of the document was not to find new principles, but to place, before mankind the “common sense” on the subject. It was to be an expression of the American spirit.

The war had started the year before, so it would not be a declaration of war. Instead, it would be about democracy and about a government based on the consent of the governed. It was a truly revolutionary idea.

“All honor to Jefferson,” wrote Abraham Lincoln on the eve of the Civil War. All honor, said Lincoln, to a man who stated an absolute truth for all men and all times – that all men are created equal.

Pension, Environmental Issues To Be Discussed In Toms River

Movie About Barnegat Bay To Be Shown

Winning Lottery Ticket Worth Over $89K Sold In Toms River