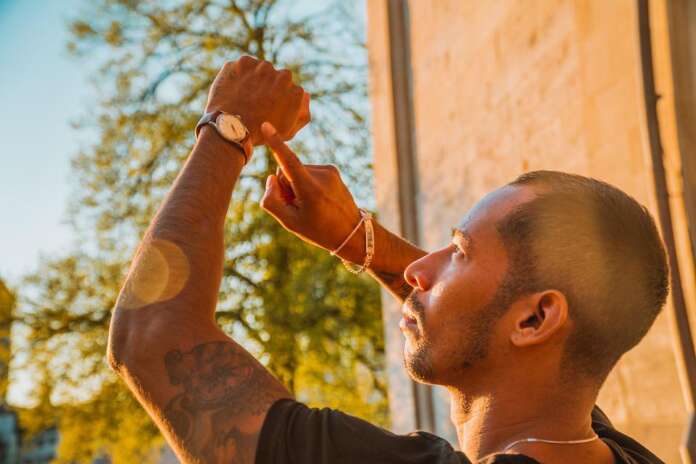 TOMS RIVER – A curfew on the barrier island is just one more tool officials are using to crack down on a party atmosphere at the Jersey Shore.

The curfew went into effect on June 13, and will last until September 30. Anyone 17 or younger who is outdoors must be accompanied by a parent or guardian from 11 p.m. through 5 a.m. in North Beach and Ortley Beach. There are exceptions to this rule, which include medical emergencies, jobs, private gatherings, and religious or educational functions. The minors can be out alone if they are running an errand for a parent or guardian.

If caught violating the curfew, the child could be charged with a disorderly person’s offense, and would be subject to penalties imposed by the municipal court.

This is in response to complaints by residents of “unruly behavior by juveniles” during the Memorial Day weekend, officials said.

The curfew had been in effect during the last two summers as well. The start time is different this time around, and it includes more locations.

“The curfews worked well in 2020 and 2021,” said Mayor Maurice B. “Mo” Hill. “We had few if any disturbances during those seasons and we do not want a repeat of what happened during the Memorial Day weekend this year. With the threat of ‘pop-up’ parties being promoted on social media, we need to give our police officers the authority to maintain the peace in our family friendly beach communities.”

The curfew is enacted under the authority of Governor Phil Murphy’s Executive Order No. 103 issued on March 9, 2020.

“The goal and focus of this curfew is not to target children enjoying their time at the shore, but rather to address the destructive behavior we have experienced on both public and private property with large groups of juveniles. It is our responsibility to preserve the quality of life in our beach communities for everyone,” said Police Chief Mitch Little.

Pop-up parties are a relatively recent phenomenon. They are advertised on social media. People usually pay to get in, and there is sometimes professional entertainment, like a DJ. The local authorities aren’t made aware of the event unless a resident finds out about it beforehand.

Sometimes, these take place in public areas like boardwalks or parks. More often, they are in rental homes. In these cases, entire residential neighborhoods become drowned in traffic. Partygoers spill out of the home and wander drunk or high to other properties.

“The Jersey Shore has always been a welcoming place for visitors, but many small towns are not equipped to handle thousands of teenagers who suddenly pour off trains and flood their streets, boardwalks, and commercial districts for pop-up parties organized on social media,” said Senator Robert Singer (R-30th). “We saw what happened in Long Branch a few weeks ago when 5,000 teens and young adults suddenly showed up in Pier Village. People were jumping on cars, fighting, and openly smoking pot and drinking in public. The local police had an extremely difficult time trying to restore order. Most shore towns looked at what happened in Long Branch and are hoping they’re not next, but hope isn’t a plan.”

Singer called for Governor Murphy and the Attorney General’s office to create a task force to prevent similar occurrences in the future.

The task force he proposed would include participation from the New Jersey State Police, NJ Transit, the Monmouth and Ocean County prosecutors’ offices, sheriffs’ offices, and police chiefs’ associations.

“There needs to be better coordination among state and local officials to respond to pop-up parties along with some sort of funding mechanism to help pay for the unexpected cost of calling in extra police to respond,” said Singer. “There also needs to be a real discussion about fixing our laws which prevent police from taking enforcement action for violations committed by minors. Kids know they can’t be touched and they’re taking advantage of it.”

Some of these private homes are owned by businesses or landlords who live far away. It is sometimes difficult to find out who is responsible.

A bill sponsored by Senator Sam Thompson (R-12th) would make it easier for municipalities to pursue rental property owners for building code violations.

“So many rental units in our neighborhoods are being purchased by shell corporations that exist only on paper. When there are violations or other problems, municipal officials don’t know where to turn to get the issues resolved,” he said.

Specifically, the bill would require LLCs to disclose the names of the company’s registered agent when recording deeds for homes with as many as four dwelling units.

“This would lift the veil of anonymity from limited liability companies that own residential property,” Thompson said. “When these corporations file a property deed with the local government, they would now have to identify the name of a responsible party.”

The 10th District Legislators sponsored a bill that would expand the definition of a riot to include pop-up parties and enhance the penalties for crimes committed during them.

“The events in Long Branch were a clear picture that local law enforcement needed reinforcements to control a crowd of that size,” said Senator Jim Holzapfel. “Underage drinking, vandalism and drug use were all on display with very little consequences to those in attendance. We have heard from countless residents and business owners who fear for their safety.”

“We stand with our local mayors and public officials and call on our Governor to properly equip our small shore municipalities with the resources they need to protect the general public,” said Assemblyman McGuckin. “There is no reason that any town should have such influx of teens and young adults looking for a good time, especially, if they are promoting this event via social media.”

“This has become a serious public safety issue where all levels of government need to be involved to protect our residents. Riots, such as the one we saw in Long Branch, will continue to have a ripple effect on the tourism industry at the Jersey Shore,” added Assemblyman John Catalano. “Residents and vacationers will fear for their safety on our boardwalks and beaches and the business owners will suffer the consequences unless our Governor steps up and addresses this issue head on.”

Pension, Environmental Issues To Be Discussed In Toms River

Movie About Barnegat Bay To Be Shown

Winning Lottery Ticket Worth Over $89K Sold In Toms River