TOMS RIVER – A meeting soliciting the public’s input on environmental and pension issues will be held on Thursday, August 11, at 10 a.m. in the L. Manuel Hirschblond Room (large upstairs meeting room), at the Municipal Complex at 33 Washington Street.

The meeting will have both the State Assembly Environment and Solid Waste Committee and the Senate Environment and Energy Committee. According to the agenda, “The committees will meet to hear testimony from invited guests and the public on the issues of climate change adaptation and coastal resiliency, and what steps the State can take to address these issues.”

There is a bill being discussed that would change the way the state’s pensions are invested. Bill A-1733 “Prohibits investment by State of pension and annuity funds in, and requires divestment from, 200 largest publicly traded fossil fuel companies.” Its Senate counterpart is S-416. More information on the bill can be found here: njleg.state.nj.us/bill-search/2022/A1733

The bill is only up for discussion. It was introduced earlier this year and was referred to the Assembly State and Local Government Committee. It has been certified by the Office of Legislative Services for a fiscal vote, but that won’t take place at this meeting.

This is not a meeting of the Public Employees’ Retirement System board. They meet on the third Wednesday of every month at 10 a.m. Their meetings are virtual. More information about those meetings can be found here: state.nj.us/treasury/pensions/board-meetings.shtml 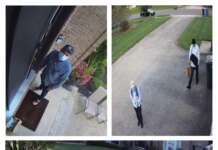